12 Beauty Tips to Help You Refine Your Routine

What does the federal ‘No Surprises Act’ mean in California?

MedCity Pivot Podcast: A conversation with Stoke Therapeutics CMO regarding how to tackle Dravet Syndrome

Use leftover Cheerios in a fun snack mix like this White Chocolate Chex Mix or Chocolate Peanut Butter Snack Mix! 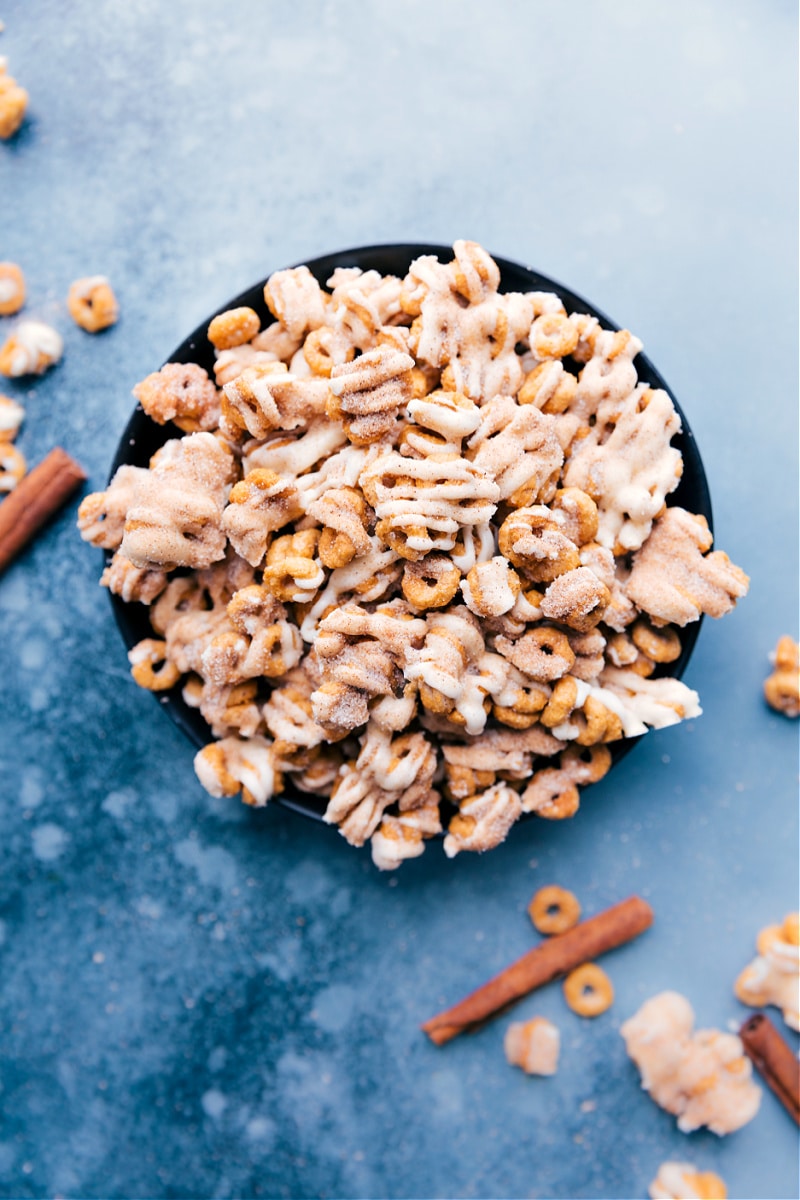 These Churro Cheerios are a BONUS recipe as part of our Back-To-School Lifesavers — a series of recipes that are intended to have little (or no) veggie chopping, minimal prep time, around 10 ingredients or less (not including pantry staples), and use kid-friendly ingredients. This (obviously) isn’t a dinner recipe, but a fun back-to-school snack (treat?!). Click here to see all the recipes in the series!

If I don’t have a fun after-school snack for the kiddos, the first thing they reach for is cereal — usually Honey Nut Cheerios and sometimes a crisp rice cereal. So this year, I took one of their favorite cereals and made a snack with it!

These Churro Cheerios are definitely a treat, but who doesn’t need a pick-me-up after those first few grueling days of getting back into a routine after a fun summer?!

(Note: Cheerios is a trademarked cereal produced by General Mills. For this recipe, any toasted oat cereal can be used.) 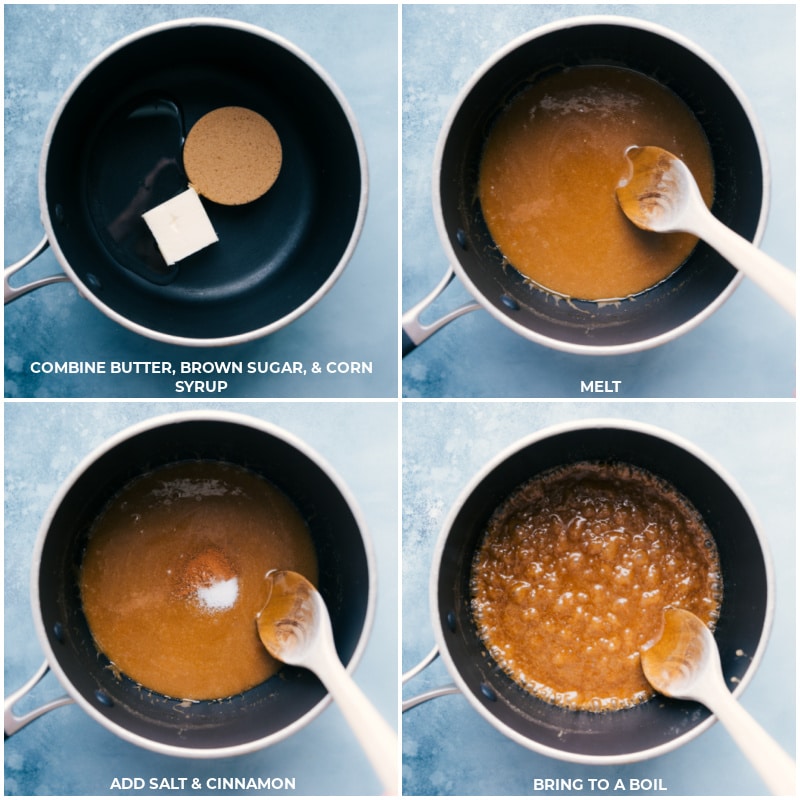 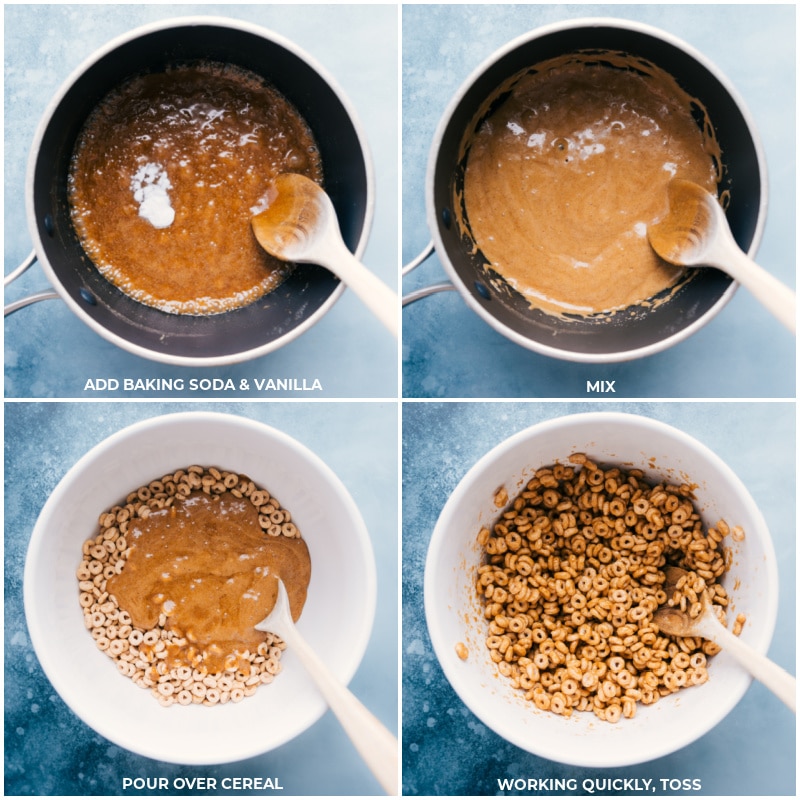 We tested a few variations of these Cheerios snacks and brought them to a family reunion for testing! The Churro version (this very recipe I’m sharing) was by far the most popular!

Another version that was popular: chocolate-coated sugared Cheerios! Make the recipe the same, but replace the white chocolate with dark, semi-sweet, or milk (whatever you prefer — we like milk best!) chocolate. Leave off the cinnamon-sugar topping.

Another variation idea would be to switch up the type of Cheerios. There are so many different varieties of Cheerios to choose from — maple, coconut, frosted, chocolate, cinnamon — the sky’s the limit here! 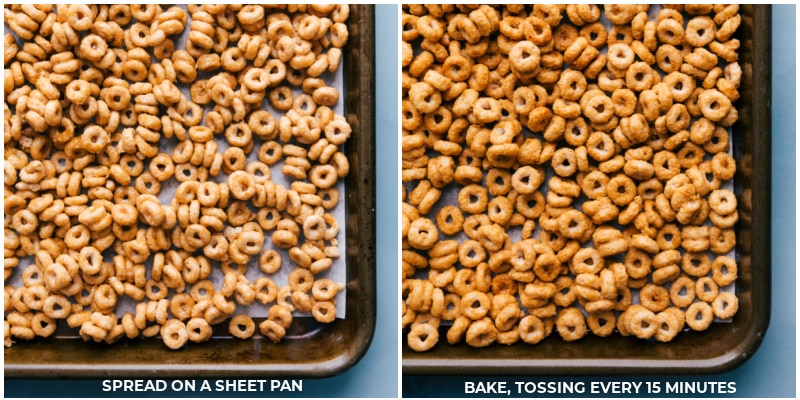 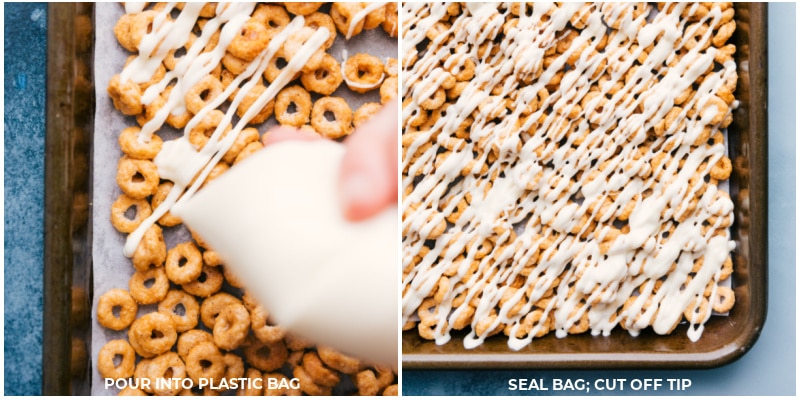 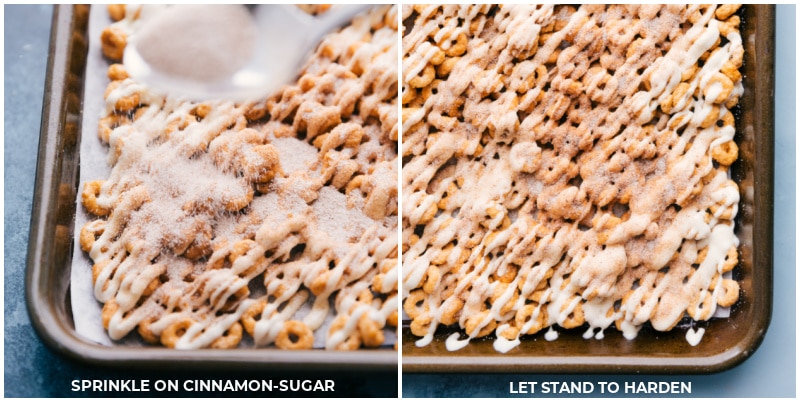 To store these sugared Cheerios, place any leftovers in an airtight container (I like using glass jars or Weck® mold jars). Keep the container in a cool dry place for up to a week. It is best when fresh; every day it stands, it loses texture (especially in overly humid climates).

This recipe isn’t a great candidate for freezing and thawing; the caramel coating softens and the cereal becomes stale. 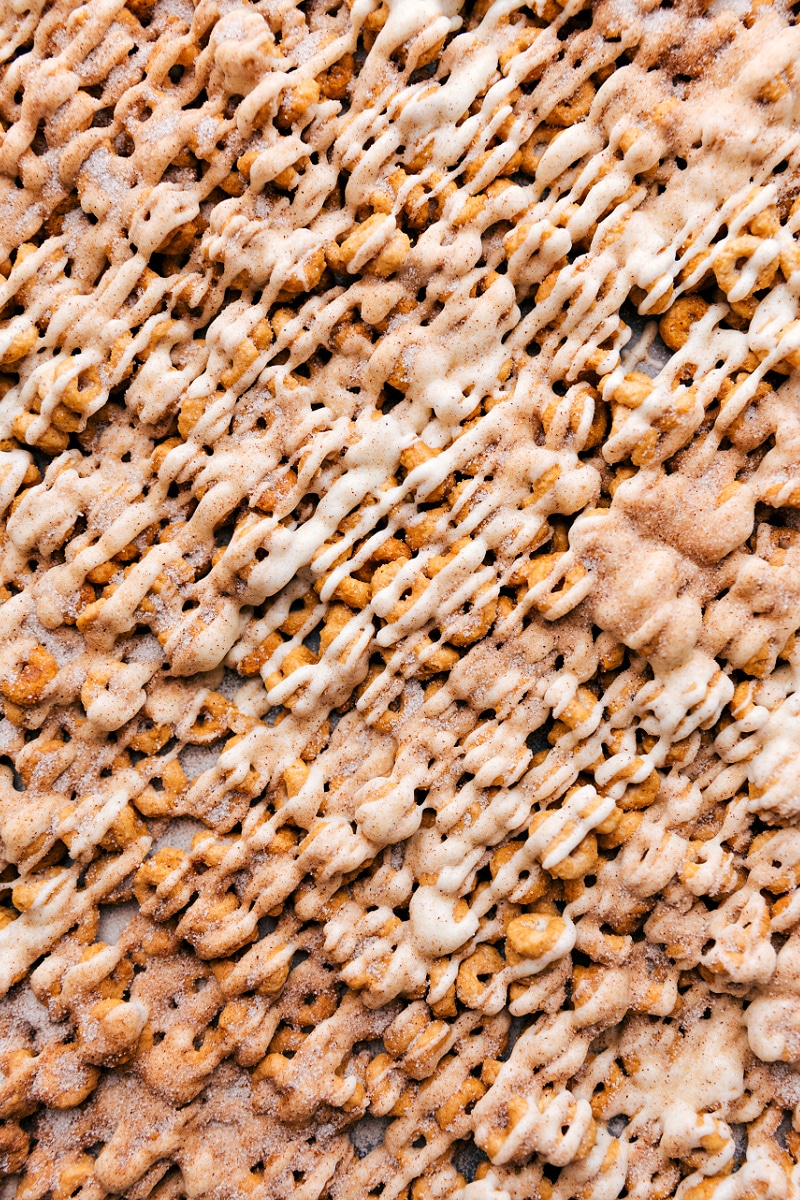 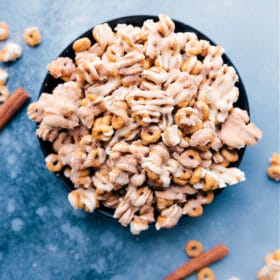 We do our best to provide accurate nutritional analysis for our recipes. Our nutritional data is calculated using a third-party algorithm and may vary, based on individual cooking styles, measurements, and ingredient sizes. Please use this information for comparison purposes and consult a health professional for nutrition guidance as needed.

This site uses Akismet to reduce spam. Learn how your comment data is processed.

No comments to show.