12 Beauty Tips to Help You Refine Your Routine

What does the federal ‘No Surprises Act’ mean in California?

MedCity Pivot Podcast: A conversation with Stoke Therapeutics CMO regarding how to tackle Dravet Syndrome 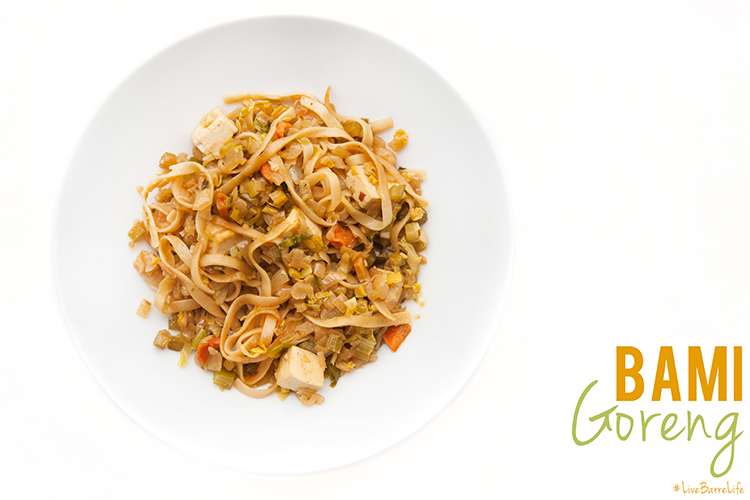 It’s “Tasty Tuesday”, where every week we bring you new, fresh, local, healthy recipes and food tips. Find out what is in season, and what will keep you fuelled during and after your work outs!

Okay, so I’m Dutch on my mom’s side and from what I understand there is a large Indonesian population in the Netherlands, as Indonesia used to be a colony. While I’m not fully up on all the history on that, I know that some of the cuisine was adopted by the dutch, and ever since I was little there were a few dishes that my Oma and my mom would make, specifically Bami Goreng.

Traditionally it’s make with pork (or chicken), but I really don’t eat much meat, and my mom suggested making it with tofu. So I went to the dutch store in New West and got the noodles, I used the dutch seasoning packet (one day I’ll try and make it from scratch) and set to work on my experiment.

I got some looks from my relatives when they saw the word “TOFU” but hey, if it means I can still enjoy it and get protein too, I’m in.

Make Your Meal Even Healthier Tip:

I’m sure you can get away with noodles that aren’t from the dutch store, and definitely could make the spice mix at home.

The recipe also calls for a fried egg for each serving, which I skipped, but you could do if you felt like it.

I might add some more greens into this the next time, or red pepper, just to have a few more veggies in the mix. 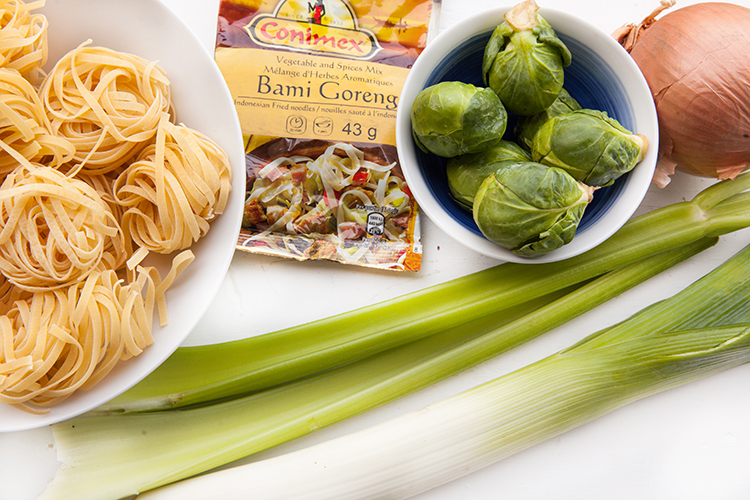 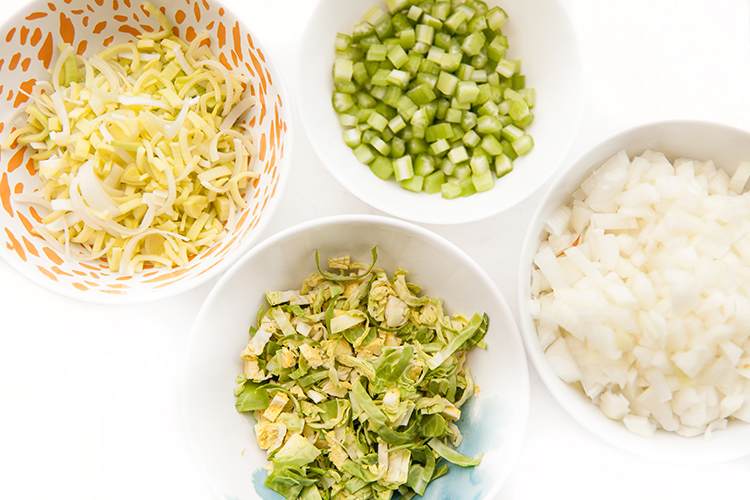 In a large frying pan or wok, melt the vegan butter over medium heat, and then add the onions. Cook until they are soft and translucent.

Add the leeks and celery and the brussels sprouts and continue to cook until they begin to soften.

Add the tofu and toss gently.

In a small bowl, rehydrate the veggie and spice mix in a bit of water (until it’s no longer dry, but not too runny.. between 2 and 3 tbsp of warm water).

Add to the mixture in the frying pan and toss to coat.

*You can put this in the slow cooker on low to have the spices come together! I left it in there for a few hours. Or cook on low for a while in the frying pan.

In a large pot, boil some salted water and cook the Mie noodles until just done (so they don’t get soggy in the slow cooker) drain and then add together with the vegetable mixture in the pot or slow cooker. I like to rinse the noodles with cold water some times to stop them from continuing to cook.

You can add some sambal oelek and/or ketjap to the mix, and a bit of salt – all of which is to taste. The sambal is super spicy, so start with a small amount and try it.

Plate the noodles, and you can serve it with a sliced fried egg on top if you prefer, or keep it vegan without it. 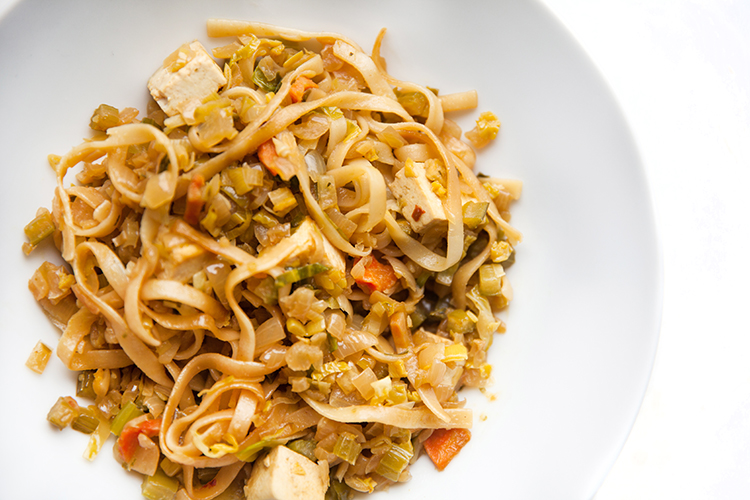 Let us know if you make this recipe by posting it on instagram or twitter and using the #LiveBarreLife hashtag! And if there are any specific meals, fruits, veggies, or meats, you’d like to see on the blog!

photos and recipe by: Christine McAvoy

This site uses Akismet to reduce spam. Learn how your comment data is processed.

No comments to show.